Today UTA was joined by Salt Lake County, Intermountain Healthcare, the Salt Lake City Mayor’s Office and Davis County to offer the public free rides on all modes of transportation all day on Thursday, February 28 and Friday, March 1. These community and business leaders are joining forces to sponsor the two Free Fare Days to introduce more people to the benefits of using public transportation.

Representatives of all the sponsors officially announced the details of the upcoming Free Fare Days at a news conference on Wednesday, February 20, 2019 at 1:15 p.m. on the plaza at UTA’s Salt Lake City Central station (The Intermodal Hub).

“This year, we would especially like to encourage people to try riding the bus,” states Carlton Christensen, Chairman of the UTA Board of Trustees. “We have increased bus route coverage and frequency on many routes, are increasing the use of natural gas and electric vehicles in our fleet, and are working with Salt Lake City on improving bus service.”

Salt Lake County Mayor Jenny Wilson says, “There isn’t a person in the county who doesn’t understand the importance of clean air and the critical role TRAX, FrontRunner, the S-Line and UTA’s buses play in tackling our air quality challenges. We appreciate the leadership of UTA and other partners for allowing our citizens to do their part and ride for free.”

The medical community will also play a prominent role in Free Fare Days on UTA. According to Lisa Nichols of Intermountain Healthcare LLC, “Intermountain recognizes poor air quality influences both health behaviors and health outcomes. Our mission to help people live the healthiest lives possible requires supporting solutions to improve air quality and thus the health and well-being of our community.”

In Davis County, Commissioner Bob Stevenson recognizes that “Davis County residents boarded the train nearly 800,000 times last year, moving us closer to our goals of cleaner air, more jobs and affordable access to all that our growing community has to offer. The need for public transit is only increasing, and the Davis County Commission is proud to be a sponsor of this initiative to provide two day of free fare across all of UTA’s systems.”

On December 22, 2017 UTA held “Free Fare Friday” sponsored by Salt Lake County and the Salt Lake City Council. More than 22,000 additional riders took advantage of this opportunity. As a result, thousands of cars were taken off the road, saving several tons of pollution from entering the atmosphere during a critical time for air quality.

According to local business leaders, Free Fare Friday 2017 was also a boost for the economy throughout the service community.

According to Linda Wardell, General Manager of City Creek Center, businesses in the Center saw an increase in foot traffic and sales.

“Free Fare Friday was a tremendous success and very impactful for our retailers and eateries,” she said. “The size of the crowds streaming off TRAX trains and into the Center throughout the day and evening was amazing. Stores were packed and some of our restaurants stayed open late to serve hungry shoppers and visitors.”

The increase in ridership equated to removing 17,560 vehicles from Utah roads, saving more than 3 tons of criteria pollution and more than 200 tons of greenhouse gas.

Surveys indicated that 21-year-olds comprised the largest demographic group taking advantage of this opportunity in 2017 to take a free ride on UTA.

In the future, UTA hopes to continue partnering with more elected officials and communities in the six counties UTA serves to encourage the use of public transportation and improve the air quality and quality of life on the Wasatch Front. 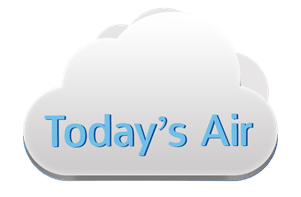